Is anyone else addicted to this show? 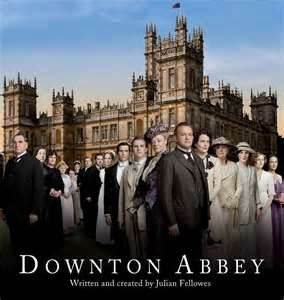 Downton Abby is a British Period drama set at a fictional Yorkshire Country Estate named Downton Abby. It follows the lives of the aristocratic Crawley family and their servants in the Post-Edwardian era. It is a fascinating show that draws you into the lives of the individuals both upstairs and downstairs and highlights many important historical events around that time period.
A friend told me about it this summer and I finally remembered to put it on hold at the Public Library. I got a copy just before Season 3 premiered a couple weeks ago. Season 2 is also available at the Libary but you'd better get your request in soon as there are a number of holds on this very popular series. This is a photo of the "real" Highclere Castle where the series is filmed. They use some of the interior rooms as well.
﻿ 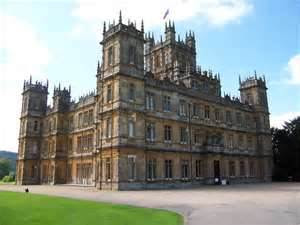 Maggie Smith is excellent as the ruling matriarch.
﻿ 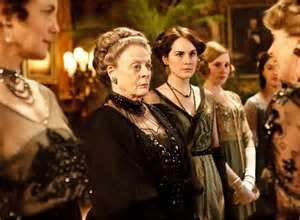 Give it a watch. You won't be disappointed but start at the beginning so you can have fun identifying with the characters and learning about their personalities. It's on Sunday nights at 9 on Masterpiece Theatre. ﻿
Posted by Dianne at 15:10 1 comment: